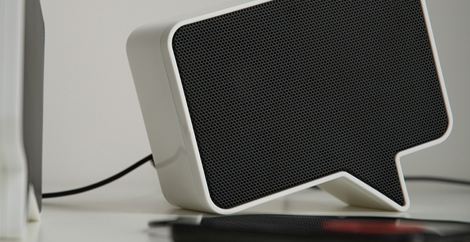 Speak-er are high-quality speakers that plug directly into your MP3 player or computer and, as Engadget puts it, “the most awesome set of desk speakers this planet has ever known”. Each set includes a left and right speaker.

The speaker is designed by Sherwood Forlee og Mihoko Ouchi and is deliered in a packet of two. It’s hard to get quirky, design-centric products out in a commercialized, race-to-the-bottom world. Far too often, dreams die at the production line, and some of the best designed gear in the world stalls on the drawing board. 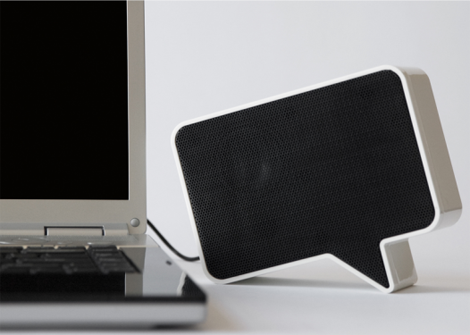 Somehow or another, Sherwood Forlee and Mihoko Ouchi have managed to overcome the traditional production limitations and bring this particular fantasy to life. If you’ll recall, we heard about The.’s Speak-er back in January of this year, and while we knew plans were in place to start shipping ’em to end-users before the dawn of 2011, we maintained a healthy level of skepticism. 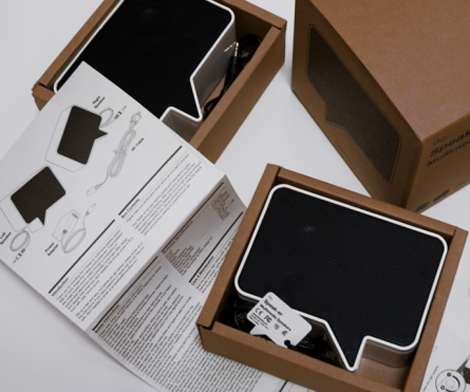 There’s nothing quite as heart-wrenching as having your bubble burst after ratcheting your hopes up too high, you know? Today, we’re thrilled to say that the Speak-er is now shipping to those with $99.95 to spare, and if you care to hear what we think about the most awesome set of desk speakers this planet has ever known, head right on past the break. 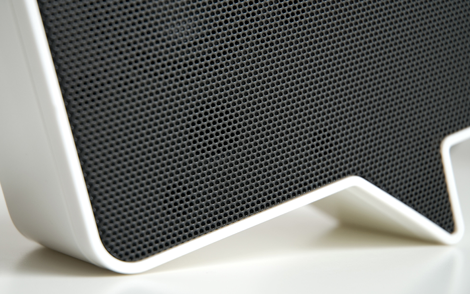 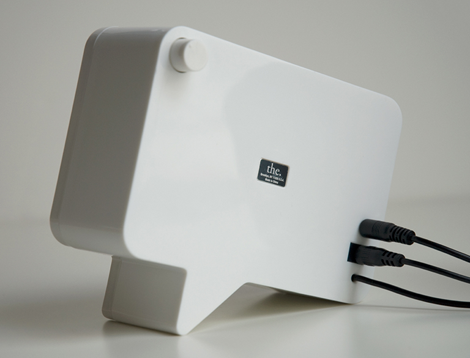 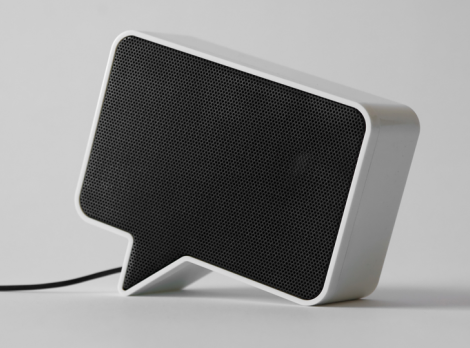 Info/pictures: Think of The via Engadget 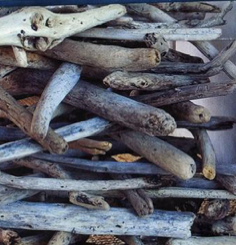 Drivved, driftwood, is a Norwegian company producing furniture based on driftwood to make unique details for the home. Tables, benches and unique […] 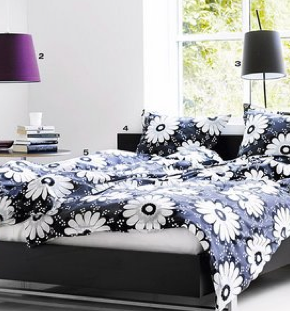 The Bolia business idea is to develop and offer a unique range of high quality design furniture – at affordable prices. 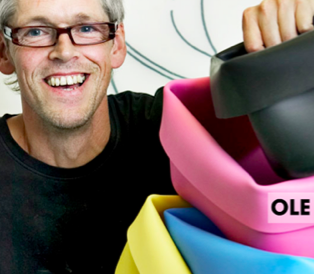 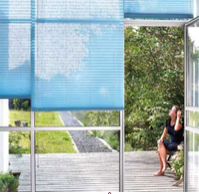